Home » Badly written source text – what might cause problems?
Previous Next

Have you ever had to translate a document, which left much to be desired when it comes to quality? It’s often assumed, that it is the translator, who is responsible for how the text reads. At the same time, many people believe that the target document needs to faithfully reflect the original, both in terms of content and style. However, it sometimes happens that a translator has to cope with a badly written source text. Documents with multiple redundancies, inconsistencies, factual errors or ambiguities are often  a source of great frustration. Does any of the following seem familiar? 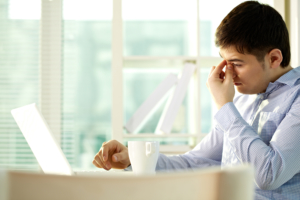 Unclear language of the original

Some texts are written in such convoluted way, that understanding what exactly it’s about is difficult even for native speakers. Another possible cause of understanding problems is the ambiguity of certain words and phrases. The sad truth is that, no matter how hard you try, if you can’t follow the author’s argumentation, you won’t do a very good job translating it, either. What’s the best tactic here? If you experience any problems with understanding the source text, remember to notify your client as soon as possible. Hopefully, these can be later discussed and clarified. Perhaps it will be possible to have some passeges edited so that they are more readable.

There are languages that require greater precision when it comes to word choice than others. Another factor that might hinder understanding are grammatical errors. This may happen if the source text was not written by a native speaker. As a result, the original text will contain correct vocabulary, but the syntax or grammar might be a little off. Consequently, deciding on a particular expression is often challenging, if you don’t know the original meaning. However, if you find that translating a document would require a great deal of guesswork on your part, it’s better not to accept such a job in the first place. Working with a text that is illogical and unclear is a waste of time.

Most translators, especially those using CAT tools on a regular basis, tackle their translations sentence by sentence. Looking at each sentence individually makes it easier to spot logical errors, inconsistencies and repetitions. Poor sentence organization is another factor that is likely to affect how well a text reads. Is there anything you can do here? There are two schools of thought on what you can do with the source text. Some believe, that a translation should be a reflection of the original document. By this logic, the original style should be preserved, even if it affects its reception. Any attempt to change it, is considered a professional error. Others, on the other hand, maintain that the quality of the text is more important than blind faithfulness to the original. They believe a translator can alter the text to some extent, to improve its flow and readability.

Lengthiness of the source text

An experienced translator must take into account that the choice of words affects the volume of the text. If the original is lengthy, its translation might suffer too. Another issue might be the excessive use of repetitions. In some languages it’s more acceptable and doesn’t strike the reader as awkward as easily as in others. Tautology is another culprit that often hinders the readability of the text. It usually involves using multiple words with the same meaning. Although they are common in casual speech, in writing they are generally a sign of a bad style. When translating you can ignore redundancies and waffling, but the result will often be of poor quality. Translators who decide to sacrifice the fidelity to the original document, migt choose to transform it in such a way, that it becomes more concise and to the point.