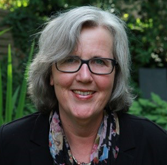 Nienke Groenendijk
Translator
As a Translator I’ve worked with Déjà Vu since the nineties. At that time, the interface was revolutionary and it was love at first sight. Now, almost 20 years later, Déjà Vu is still my favorite CAT tool, especially thanks to features such as DeepMiner, AutoWrite and the project-specific lexicon. However, to my humble opinion the best feature of all is an oldie: creating a new TM based on several TM’s and delete duplicates. No pollution, thanks, Atril guys!

Denise Lopes Rodrigues
Translator
I have been using Déjà Vu since 2000 and have not and will not consider any other CAT tool. Déjà Vu is simply the best. 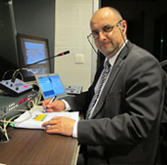 Luc Ockers
Translator
I started working with Déjà Vu almost right from the moment it became available. I never chose to work with any other similar semi-automated translation software, because 1) the software is affordable, also for individual translators, 2) the support is really very good and very fast, 3) the functions and possibilities of Déjà Vu outweigh those of Trados and similar software, 4) even for a “small” language as Dutch the results of Google Translate and MyMemory – when using these two ones – are flabbergasting.

Have any specific questions for us?

We’d love to hear from you! Send us a message via the below form and we will get back to you shortly.